Las Vegas to The Grand Canyon

There has been so much (driving) going on it’s hard to remember where to start. I guess that’s the reason we blog.

As we finished breakfast in Boulder City, Kara points out the trailer window behind me and says “Roadrunner!” neither of us had ever seen one and I don’t even know how she knew what it was. It was a great guess, we quickly googled it and she was right. Anyway, Kara had some fun chasing this quick little bird around with the camera.

After that we headed to Hoover Dam, It was actually more impressive and interesting then I would have thought. Last winter I watched a documentary on the bypass bridge being built, so that was neat to see it all completed.

The heat is starting to wear on us. Even talking to the locals, most say that it “is” hot and that they stay indoors and get any outdoor chores done in the early morning or after sunset. I guess we didn’t count on it being 114F every day for so long. I don’t think I’ve seen a cloud since Oregon either.

From Las Vegas we headed to Jacob Lake where we dropped the trailer and headed for the North Rim of the Grand Canyon. We did not get there until 8:30, so the lower parts of the canyon where already dark and our photography suffered. It was pretty amazing, our photos or any other photo you have seen does not do it justice. 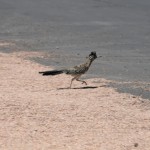 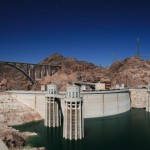 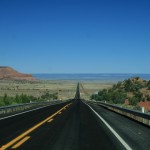 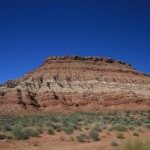 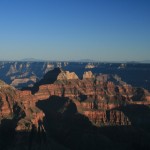 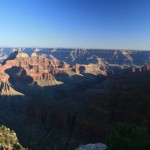 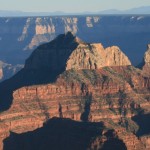 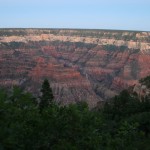 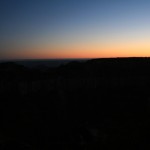 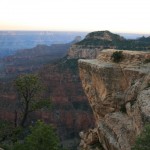 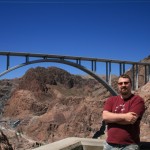 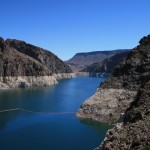 One Response to Las Vegas to The Grand Canyon