As I’ve mentioned before, this year we plan to travel less and see more (of each other).

We planned to start our trip in Jasper and spend some time getting into “Vacation Mode”. After our first night at Elk Island National Park we made it into Jasper and got all settled in before heading to the Kimchi House. Monica did not recognize us at first, citing our recent weight loss – but we were soon initiated with every Korean delicacy under the sun. The next few days were spent relaxing and going for walks along the trials in and around Jasper. We were not sure how Lincoln would adapt to this Nomadic lifestyle, many new smells and people everywhere, but he did fine. We’d planned to re-hike the Edith Cavell Glacier, but an avalanche earlier in the year put the kibosh to that. Instead we went for a hike on the Wabasso trail which to our surprise, was a trail which allowed dogs. We hurried back to the trailer to pick up Lincoln, the SatComm, and the bear spray. It was only about 6km return which went by really quick. The lake at the end of the trail was “so-so”, nothing to write home about.

Before leaving Jasper we went to the Kimchi house once more and were treated to an array of dishes I’m not even sure were on the menu. We really enjoyed the warm welcome and hospitality we received from Monica and Peter at the Kimchi House. A+ 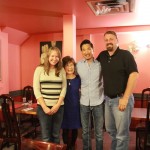 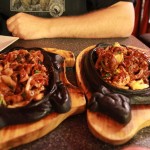 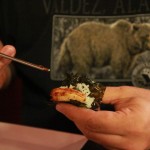 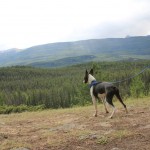 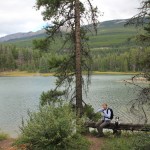 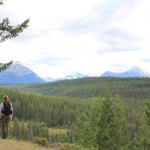 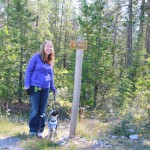 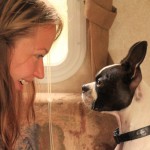