Ever since we left the frigid domain of the parkway it has been harder and harder for me to write. Warm sandy beaches seem to have a more compelling draw then the keyboard.

We have been fortunate to have very nice camp spots right on the lake at every place we stay. It’s nice to have come here later in the year when the local tourists have gone (back to school).

The trip south through Salmon Arm, Peachland, Summerland and Osoyoos have been a little out of character for us. We typically would stay out of the touristy cities and the roadside attractions. They lack grit, I don’t get the sense that I am a visitor exploring a new place. Instead I’m a bystander among a flood of others exploiting and overusing one place. I guess that is what happens when a gem of nature is found and accessible.

Never the less, we came, we saw, we enjoyed, we moved on. Nothing much to write home about. We had a coil burn up on the Navi that set us back a day in Salmon Arm. We hiked to the top of Pincushion Mountain in Peachland. Not much else. Initially, I thought that there were fewer fruit stands than I remember when I was here as a child. That all changed as we neared Pentiction; they were everywhere. Many of them had closed for the season already, but there were a few that were still open and we stopped at a couple of them. The first place we grabbed a handful of Plums, 2 Asian Pears, 2 Bartlett Pears, 2 Peaches and went to the till. The fellow weighed it, Two Dollars…! What? I felt I should try and negotiate and see if I could get them for $3

The pull out of Osoyoos was nuts! We headed east on the Crowsnest, and it was the longest steepest pull I remember. The Navi was barking the whole way up, but seemed to do fine. After that the terrain changed into dried up rolling mountain pastures. It reminded us of Eastern California just before Yosemite. We’d actually intended to stay at Haynes Point in Osoyoos, but it was full, so we were forced to move on. What a blessing that turned out to be as we found a place called Johnstone Creek just west of Rock Creek. It is the closest thing to Trappers we have found. 16 camp spots, all nicely carved into the tall evergreens, No Services – Perfect! There is a brook tricking away 5 meters behind us and a couple of trails through knee deep dried grasses but still under the shade of the tall trees.

I love it here, today we are the only ones here. We only intended to stay one night, but it’s starting to look like two. 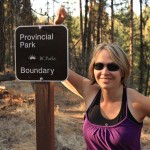 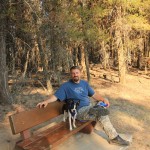 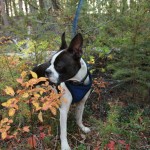 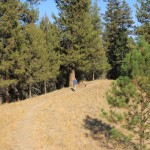 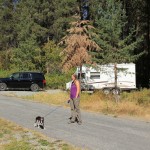 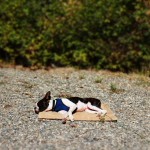 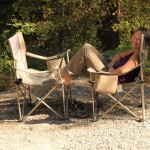 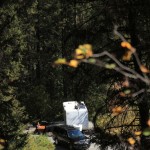 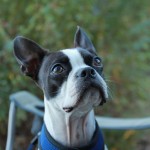 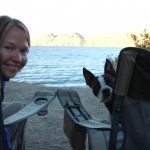 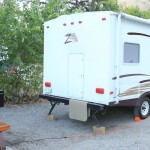 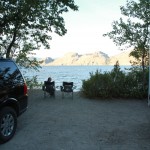 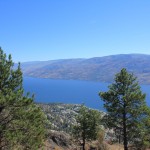 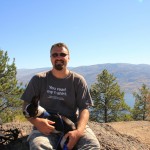 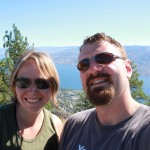 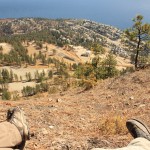