Today was the Enduro Race at Auto Clearing Motor Speedway.  We were all treated by Tim, his company (Adesa) is a corporate sponsor and they get a little chalet – which is nice if the weather is poor. But the weather was great so we sat and basked in the sun. The race was quite good and when the action got slow, the track officials would dump thousands of liters of water on the track.

When I first saw this happening I thought, what a great idea.  Sometimes the Drivers are more intent on winning the $10,000 in prize money and stop bumping each other. So adding water to the track and making it slippery seemed like a good idea to me too, but in practice most drivers seemed to slow down for the conditions.  All in all I would say that the water did help make the racing more exciting.

During each of the two intermissions they had a halftime show of sorts.  The first was a Drift car demonstration. They had 4 cars that are hopped up for Drift Racing, the point of which is to get up to speed and then slide sideways around the corner while spinning your tires.  Keeping the car sideways for longer gets you more points.

The second demonstration was the new class of race car called the “Claimer Class”.  These are  SGI write-off cars, No longer fit for the street , not worth repairing, but still drives fine.  I think it’s a great idea – the cars are allowed no performance or handling modifications. This probably serves two purposes, 1. it keeps the cars slow (safety),  2. and it keeps them cheap.  Because the cars are so slow they need only basic safety equipment, a basic roll cage, helmet and fire suit – also keeping the cost down. But here is the fun part, anybody can walk up after the race and buy your car for $800 and you must sell it. (also keeps them cheap, because you might loose it all for $800)

Dawn and Joanne seemed to have a good time and stayed engaged, so I think it was a successful event on the friend-o-meter. 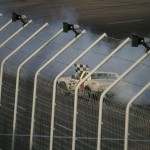 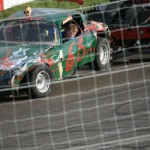 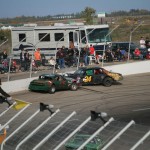 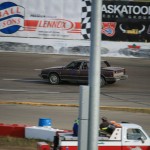 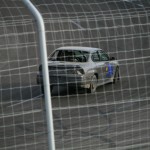 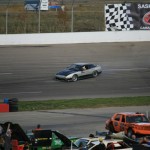 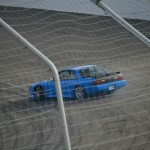 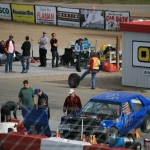 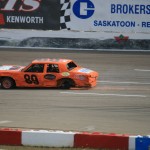 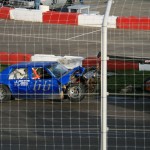 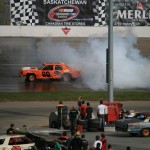 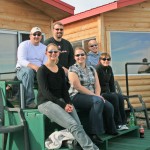 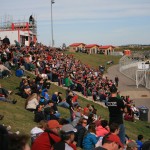 Posted under Interesting Stuff and tagged with Friends
Comments (1)

One Response to Annual Enduro Race