This morning Jason and I didn’t know what to do. We wanted to ride the Jasper tramway and Monday was predicted to be the best day. Unfortunately we woke up to cloudy weather again. So we decided to press on and leave the tramway for another day.

In no time at all we were packed up and on the road. The weather was still a little cloudy however we would get a break of sun now and again. Since the mountains are not so high here, we had no problem seeing the peaks even with the clouds. We made several scenic stops along the parkway. There is so much to see and each mountain seems better than the last! 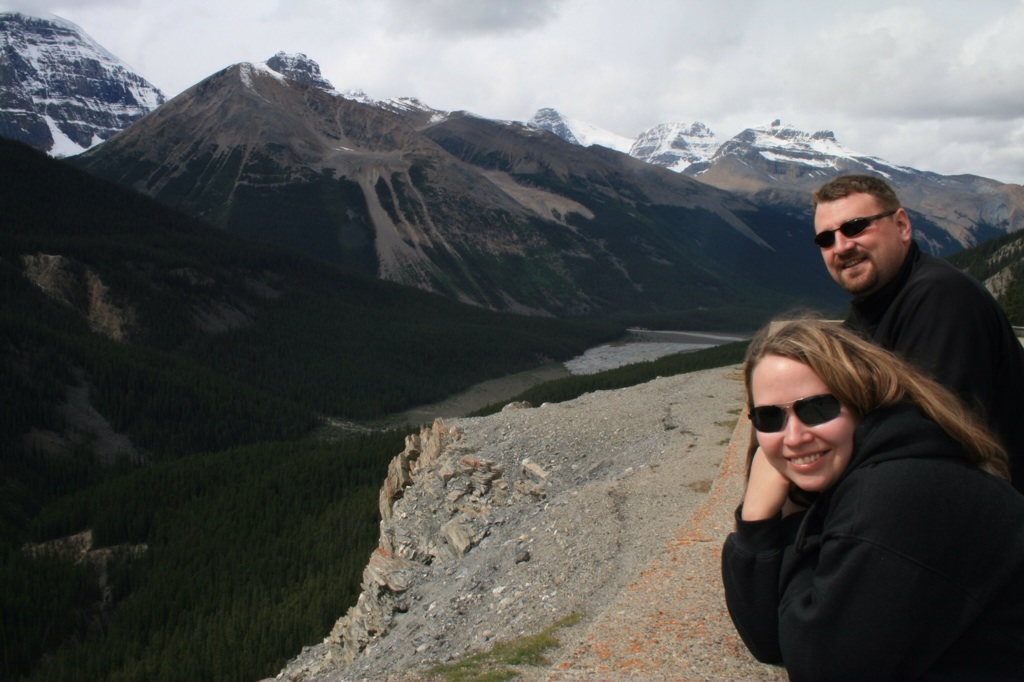 We stopped at Athabasca and Sunwapta Falls along the way. We wanted to see Athabasca Falls and see what a number 6 in whitewater rafting would be. It certainly looks impossible! Jason and I recall seeing these falls when we were here two years back in the very early spring. They were still fairly frozen over so it was neat to see the transition from then to now. 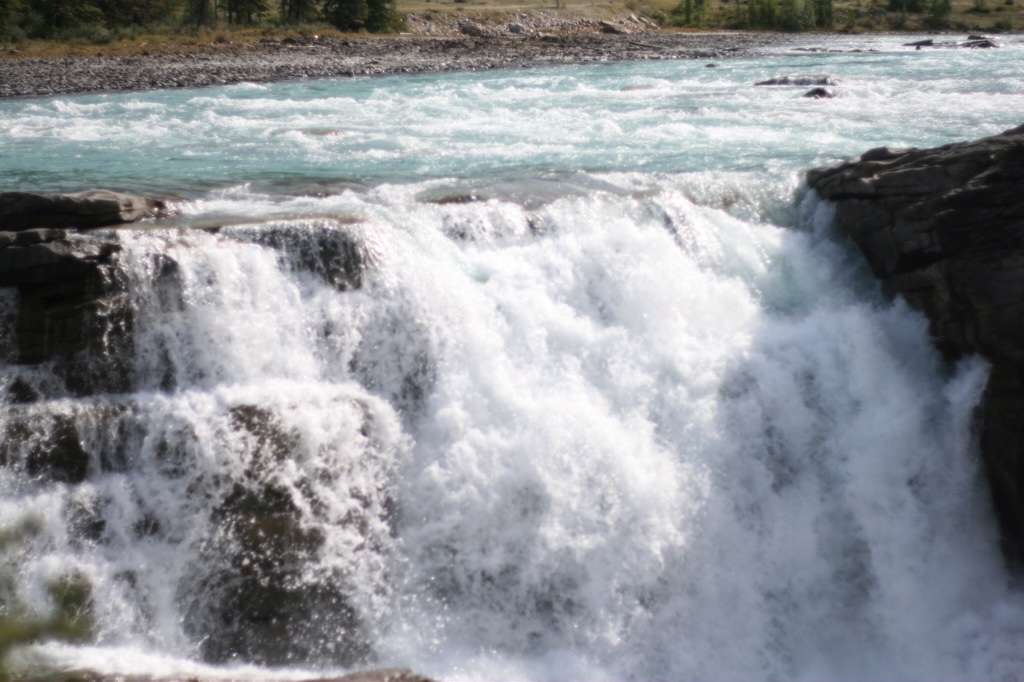 So 100 km later we were at the Columbia Icefields. We decided not to stop in today as we were hoping to get a campsite just 2 km from the glacier. We stopped at Wilcox Creek campgrounds and sure enough there were spots available. Actually the campground is only about half full tonight so that is a major treat! 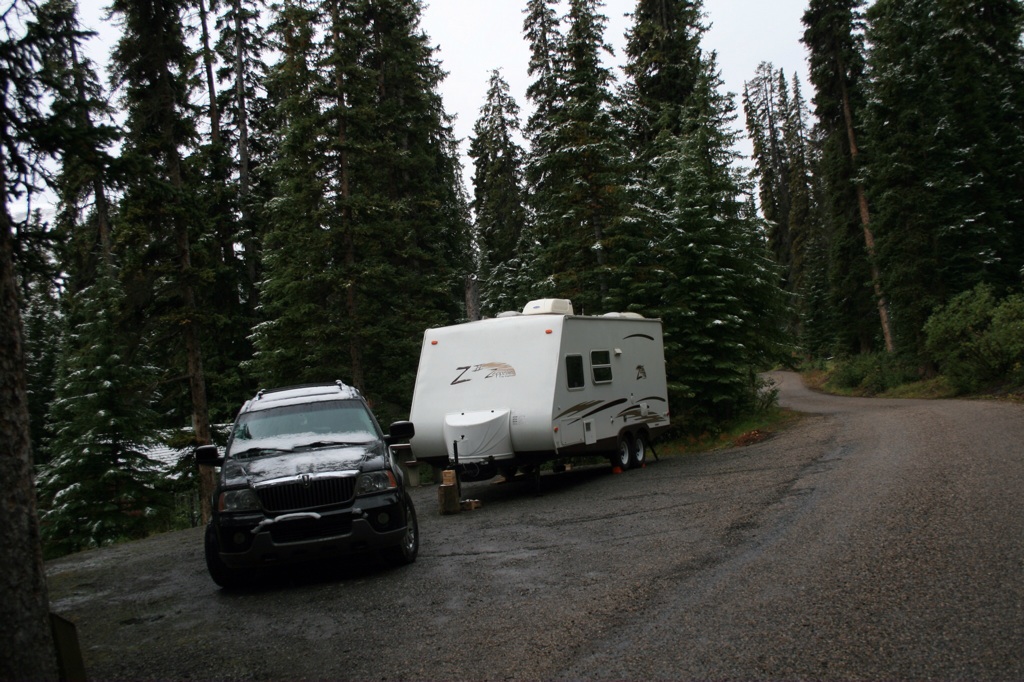 Jason and I were so happy to have awesome treed spots with privacy from our neighbors. The Whistler campground in Jasper was very busy with every spot filled and little to no privacy. That was not the kind of camping we drove all this way for, however Wilcox Creek definitely is! This place reminds us of Trapper Lake with the spots all at least 100 feet from each other. Everything is very quite and no generators so far! We were getting really sick of the generators running at 2 in the morning at Whistler.

We settled on the best spot in the campsite; that’s good enough for us. There are only about 45 spots and they start at the bottom of the side of a mountain and switchback their way up to the top. We decided on spot 43 so that puts us at the very top. We are basically the king of the castle with no one behind us and everyone else in front of us.

After set up, Jason and I were just relaxing in our spot and here it started to snow!! Oh no! We decided to start cooking our supper in the snow. We built a big fire and enjoyed our Beef roast and mashed potatoes. The snow was not too significant but constant for several hours. Of course none of it stayed as it is still too warm. If you can call 6 degrees warm! The evening cleared up with a very mild misting of rain. We are enjoying another great fire tonight and hope to not wake up to a foot of snow tomorrow!

2 Responses to Jasper to Columbia Icefields