I thought the truck headaches we all behind us. But as we set out on our 30 day trip to the western states it became pretty clear that the roar of the trucks new pipes would be hard to tolerate for as many hours of driving as we have planed. To recap for those of you who don’t know, we burnt up the cats on the truck, we could not find replacements in time, so we had them cut out and the engine computer reprogrammed to ignore the sensors after the cats. The program also beefed up the performance a bit more then the other program I was running. After I had the cats cut out it got quite a bit louder. Not so bad in the city with no load, but when pulling it was quite loud.

Anyway, we left Friday after work and planned on making it 3 or 4 hours and then stop somewhere and go to bed. We made as far as Swift Current and Kara could not go on like this! (even though she was wearing shooting muffs!) We found a Walmart parking lot and we went to bed. 6:00am on Saturday we got up and scouted out the muffler shops, it was pretty sparse. We decided to pull to Medicine Hat and then to Lethbridge were we finally found a shop that could get us in and sounded reputable.

The fellow there was indeed knowledgable and explained why my 2 year old performance exhaust had lost it’s fiberglass packing and this is why it had such a bad drone under load. He set us up with the best flowing Dynomax muffler and resonator he could. It removed the drone and left a heathy bark or rap that was quite mellow. We had high hopes as we headed south for Waterton, but this too got to be to much after about an hour. We need something more, but more restrictive exhaust will affect fuel consumption… It’s a tough choice.

Anyway, we got to Waterton Park mid-afternoon, and found a great site. Today we did a bunch of sight seeing and hiking, but I will leave that to Kara to Blog about tomorrow.

At 6:30 I am taking the truck back to Lethbridge to see what more can be done – we will see… 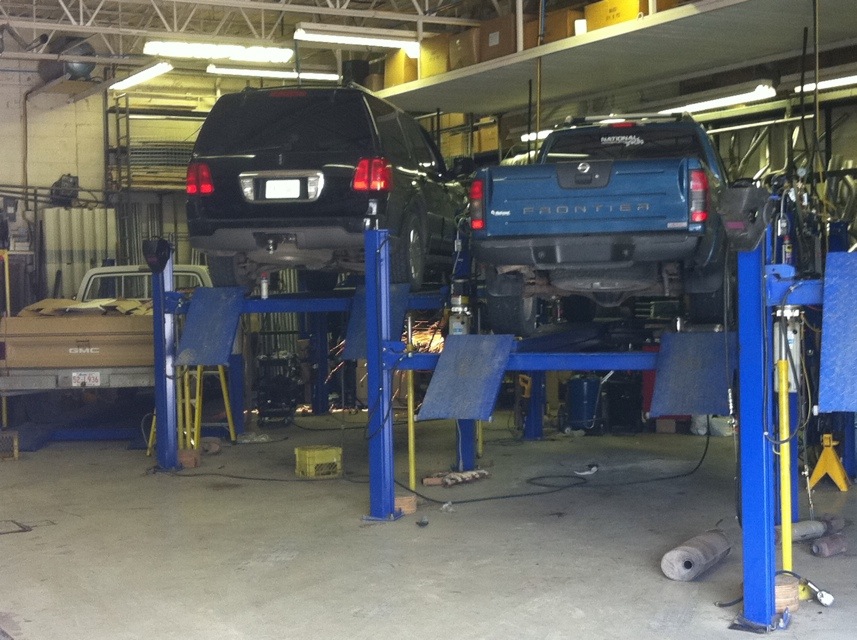 Posted under Adventures and tagged with Camping, Waterton
Comments Off on And they’re off! (or are they? Yes – they are!)