Banff back to Mosquito Creek

Today we decided to leave Banff and head back down the parkway. Our batteries were fully charged and it was time to leave this pristine, powered, paved, paradise. I was doing some looking on Google maps and found a M&M Meat Shop in Canmore, only a 15 minute drive away. Armed with a shopping list off to Canmore we went early in the morning. Much to our dismay the M&Ms in Canmore was permanently closed! Oh how disappointed we were not to get our delicious apple blossoms and stuffed chicken breast.

Canmore wasn’t a complete bust as we did stop for coffee at “Gourmet Croissant”. It is a quiet little French bakery, not too bad but very pricey; but isn’t everything in and around the parks? Canmore also had a really nice Sobey’s, not nearly as congested as the Safeway in Banff. We stocked up on a few more things and continued back to the campsite. 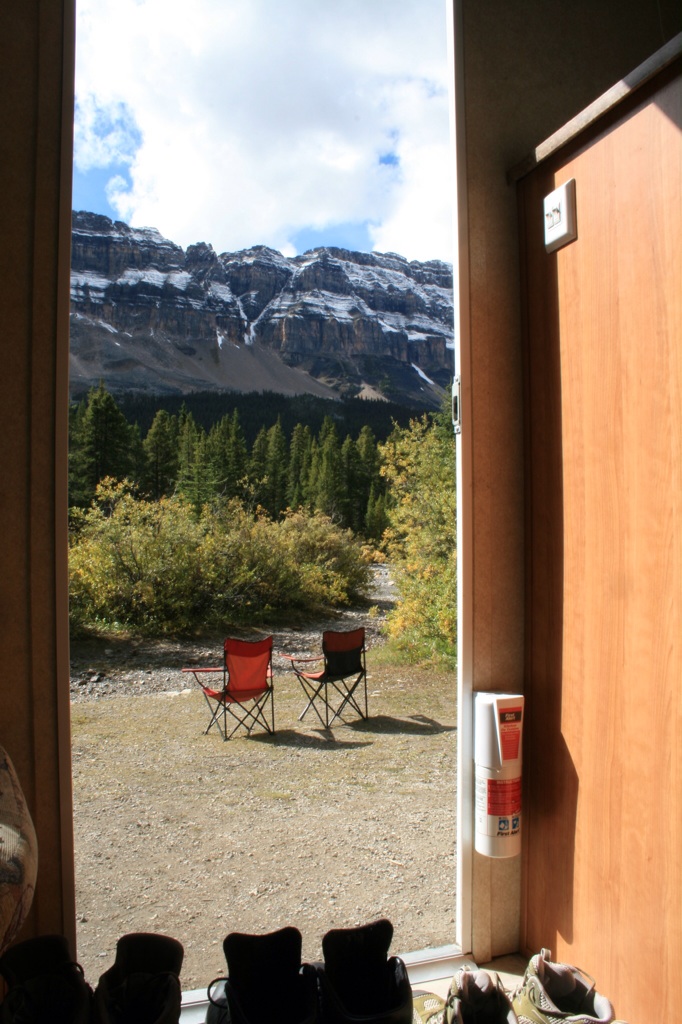 By now we are getting quite proficient at breaking camp and in less then 5 minuets we were hitched up and ready to go. We decided to continue back down the parkway to Mosquito Creek. Allan and Jodi seemed to know all the good spots and listed one of their favorites as Mosquito Creek. We thought that if were got there early enough we would also be able to get a great spot. When we got to the campsite favorite spot #1 was taken but #2 was available. The spot that we were in last time had the campsite host, but we were happier with spot #2 anyway. This spot had excellent mountain view, combined with river front property. So we parked our single bedroom, single bathroom unit on this fine spot and within no time we were enjoying lunch.

We took a quick hike through the campground and then decided to go for a little road trip as it was still early in the afternoon. We were only 1 km from our campsite and in our rear view mirror we saw a (black) grey wolf cross the road. “That was pretty neat, but I guess he is gone so no use turning around.” And then another wolf, and then another. We saw six wolves in total, all jet black. One large, and five smaller (pups?) but still good sized. Neat!! We turned around but didn’t get a chance for a second glimpse.

Our first stop was the Crowfoot Glacier. We didn’t get a chance to stop and read about it on our way through last week, so we took this opportunity. There was a picture of the glacier taken in 1918. At that time the glacier had three toes coming off of it, so it looked like a Crowfoot and was named as such. Present day the glacier only has two toes. Jason said it should be called the Two Toe Crow Glacier. 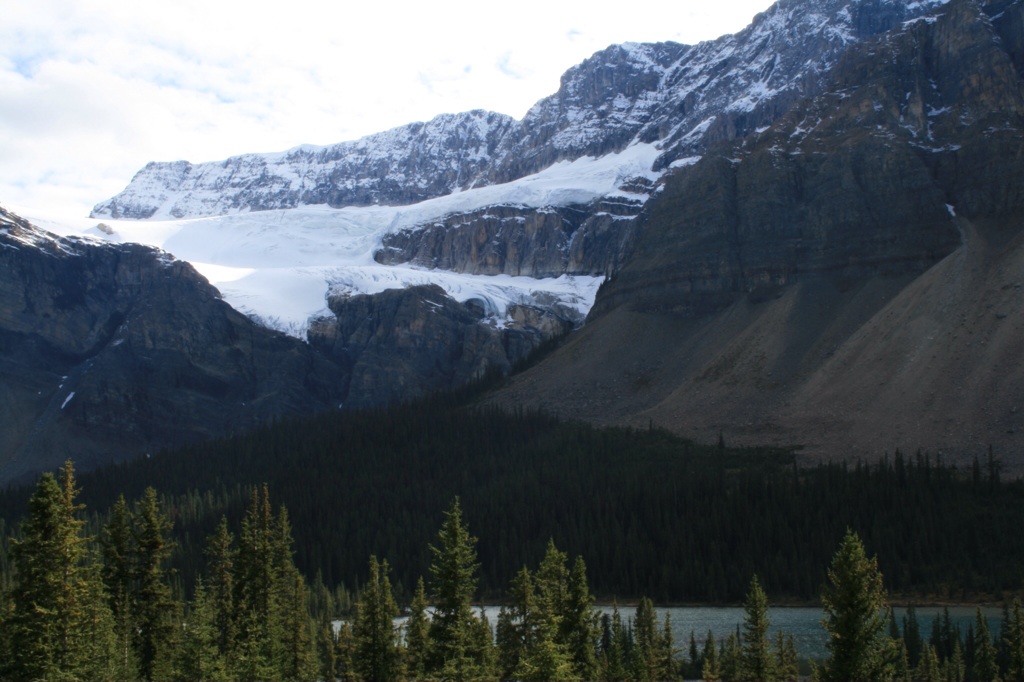 After Crowfoot we stopped at Bow Lake. A really pretty scenic lake at the foot of the bow glacier. We sat on the lake shore for half an hour, took a few pictures and spent some time walking around before heading back to the campsite. The day started out very cloudy and rainy as usual, but ended up being really beautiful. We had sun!! We spent the rest of the day enjoying the sunny weather and making another delicious wood fire grilled meal, and warming a mini pie in the Dutch Oven. 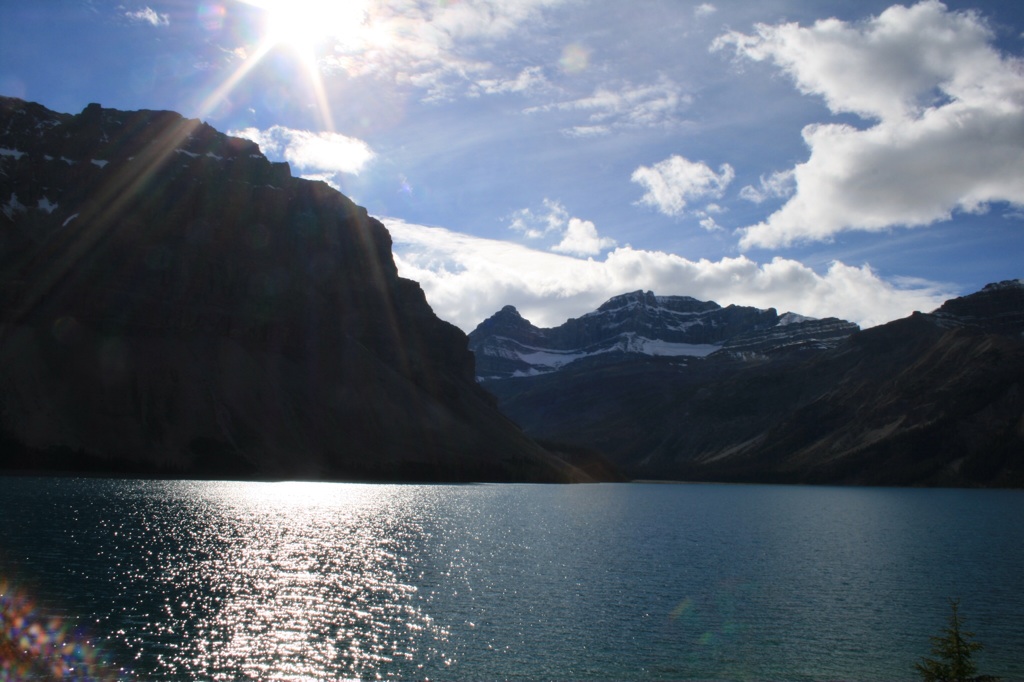 Posted under Adventures and tagged with Camping, Glacier, Vacation
Comments Off on Banff back to Mosquito Creek