Summer Holidays in the Snow at the Columbia Icefields 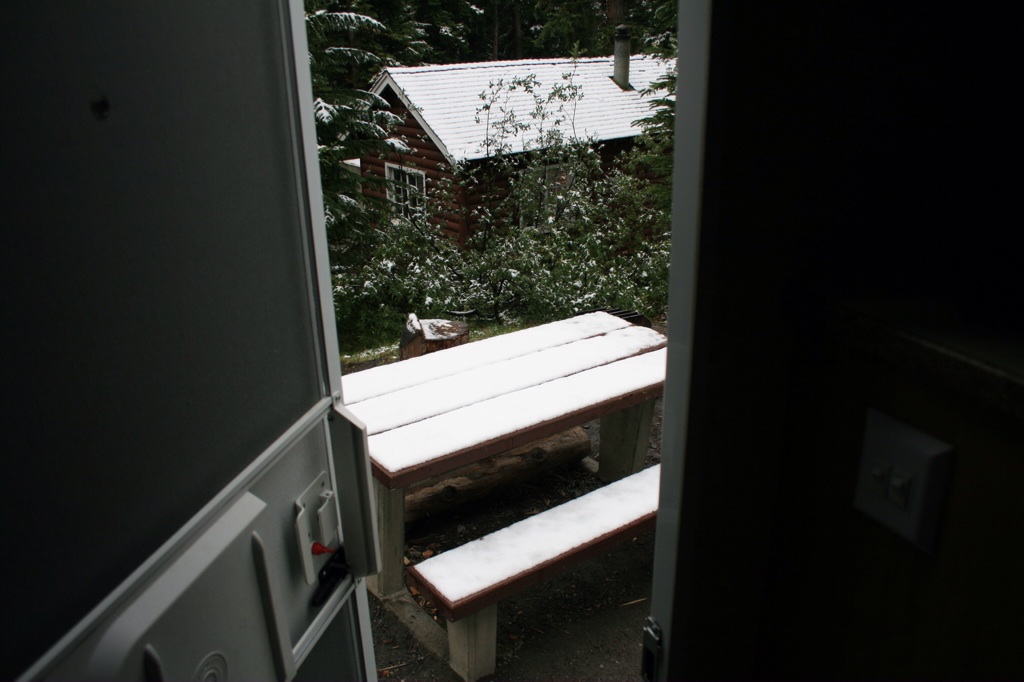 So remember I said that I was hoping to not wake up to a foot of snow? Good news, it was only an inch! We had some fun in the snow and I built a mini snowman mascot to promote our website, but it was short lived as all the snow was gone by noon. 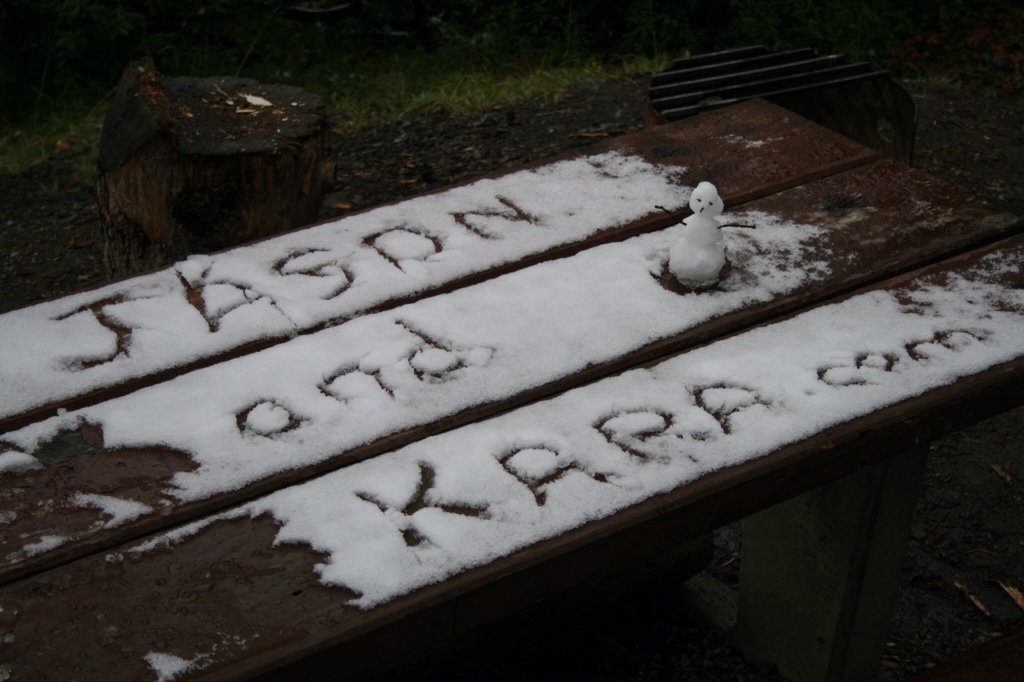 We visited the Columbia Icefield Centre to do some sightseeing. We stopped at the cafeteria for lunch, however it was crazy busy. I guess we thought that this late in the year would be quieter, but not so much. After lunch we were off to the base of the Athabasca glacier. 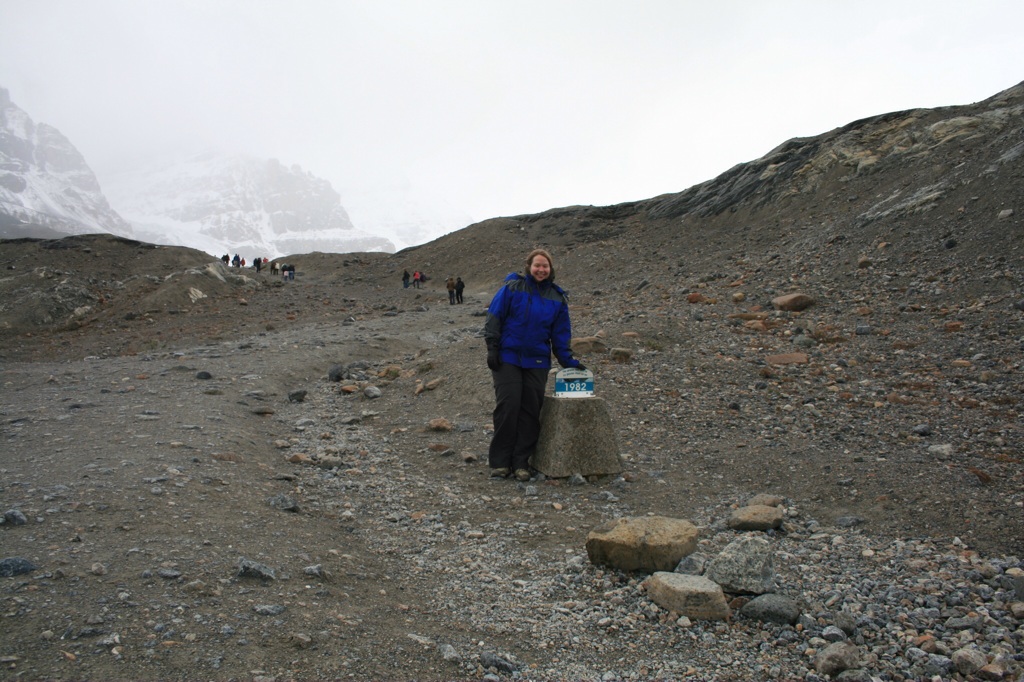 We hiked the trail up to as far as was allowed. We felt that we got a lot more out of the this hike than we did taking the bus tour 2 years back. Once you get up on the glacier with the bus, you my as well be in Saskatchewan in the winter. We enjoyed the hike much more and you save yourself $100. I could see the bus being novel if you have never experienced snow, but we are pretty versed in snow! We built a quick Caron(sp?) and headed back. 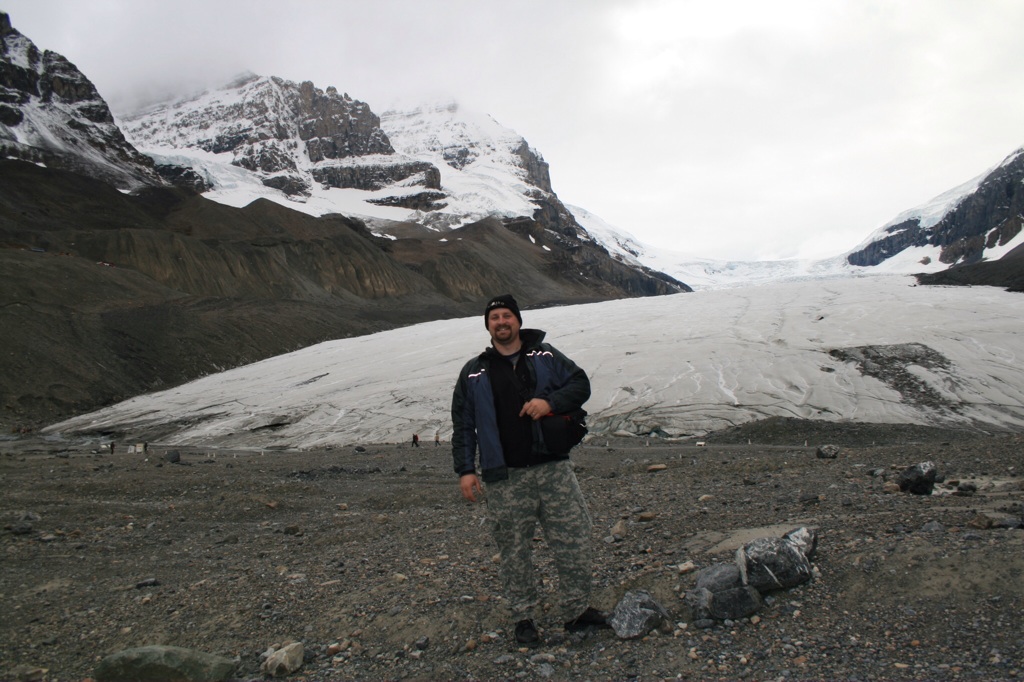 Back to our campsite we built a fire, much harder than it sounds. All the wood was really wet and it ended up being an all afternoon procedure, but we finally had good coals we cooked up turkey steaks, baked potatoes, and corn. We have another nice evening and it doesn’t look like snow right now but these mountains are very unpredictable.