A long May long.

Thursday and Friday – by Jason

This weekend we both took of the Friday before the May long weekend, it makes the trip up north to Trappers Lake seem more worthwhile when we can stay for 4 days. We were packed and ready to go, so we left right after work on Thursday. We got there about 8 and setup without issue, Costco franks on the fire…

Friday was a big day, there has always been this dumb broken off pipe sticking out of the ground in our favorite camp spot. I guess that there was a fire box there at one point, but someone mowed it over. Anyway, I’d had enough of tripping on this thing so I decided to pull it out, and I did. A little bit of leverage and out it came. Kara was a bit shocked at how big it was.

Then I reacquainted Kara with the axe, a few safety pointers and she was having a blast making some kindling for that night.

Then we went for a walk through the group camping area, and up the beach. I decided to cut back through the forest to the road. There is all kinds of interesting stuff in there, the biggest spruce you can imagine, 3ft thick at the base and 75 feet tall – blown over by the wind. It only had the area the size of a bed and 1-2 feet deep of root system. Then we got into some more of that super soft underbrush, it almost looks like coral or a sea bed plant type of moss. When I step on it, I sink in about 8 inches and then when I lift my foot, it springs right back – like memory foam.

Then we went to the Spruce River Trail, it’s a 8.5 km trail through the high land overlooking the river. We only went 1.4 km, to the tower and back. But that was enough for us, the sign at the trail-head said “difficult with steep sections”. The sign was correct.

Saturday, Sunday, and Monday – by Kara

Saturday we woke up to another beautiful, sunny day. We didn’t have much planned for the day so I was able to get in some hammock time. In the afternoon Jason and I went for another hike on a trail behind our campsite. The trail was not an advertised, maintained hiking trail so there were lots of fallen trees, but that’s all part of the adventure! We came across an area where the beavers had been busy. If only they were clearing the trees off of the trail! We didn’t know where the trail ended up but after about a half hour of leisurely hiking we found that it took us to the park boarder.

For supper on Saturday I was able to try a recipe from my new Dutch oven cookbook (101 Things to Do with a Dutch Oven) thanks to the Kindle App and the iPad. Before this book we only knew of 2 things to make in a dutch oven (roast and eagle stew – contains no eagles). We made Easy Chicken and Rice and it is exactly what you would think.

Cook in dutch oven over fire or with briquettes, or both in our case! Very tasty but I would highly recommend using low sodium soup and perhaps even half of the onion soup mix.

We were fortunate to get our supper done before the bad weather came. Saturday night we got hit hard with strong winds and rain; but don’t feel bad for us. We were very sympathetic to the family across from us that were tenting. Not fun to be in a tent in that kind of weather. I recall a very similar night at Trappers last May in our tent trailer. Yikes!!

Sunday didn’t provide much better weather. The rain continued but Jason and I built a fire in the group camping shack and we were very comfortable. We kept things fairly low key with the exception of a quick afternoon walk down the road in our Alaska rain gear. The remainder of the day we enjoyed the fire in the group camping. We passed our warm shelter to the other family camping there when they got back from their hike.

Monday it was time to pack up and be on our way back to the city. We had another successful trip to Trappers and hope to be back soon But with all the big adventures planned this summer perhaps it will be late summer or fall. 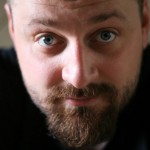 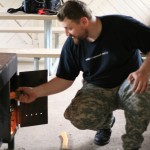 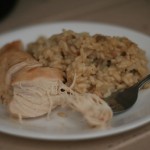 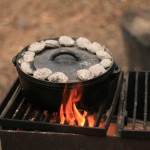 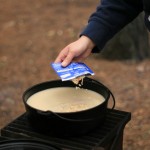 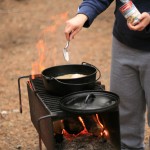 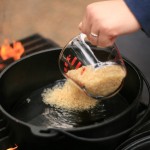 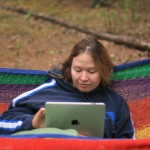 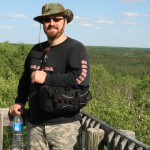 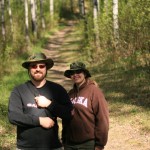 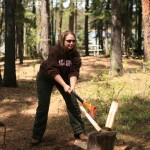 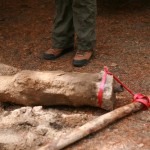 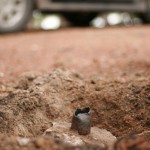 Posted under Adventures and tagged with Camping, Trappers
Comments Off on A long May long.