From Monument Valley we planed to go to the Natural Bridges National Monument. But when we got to the road in we saw the sign that said we were too long. 🙁

We stopped for lunch at a nice diner in Blanding and as we left I thought to ask if we could drop the trailer so we go in and see the Bridges. They said yes! So off we went down an alternate route. There are 3 main attractions here but the viewpoint from the road is unimpressive and the hikes to see them up close was a bit long for the 100 degree heat we were in.

We were a bit disappointed with the whole place but then we decided to make the hike on the 3rd one. On the way down we saw a common Collared Lizard! As we progressed down the trail a great stone bridge appeared. It was well worth the hike as the pictures show. The span of the Owachomo bridge we went to is 55m (155ft)! Wikipedia has a good write up on it here. It was pretty cool to see!

From here we went further north to Canyonlands. The drive in is stunning as you wind through a valley for almost an hour. It is like you are at Monument Valley times 1000! 😯

We stayed at Canyonlands Needles Outpost (Highly NOT Recommended – total lack of hospitality). They didn’t have power, but we just wanted to find some shade and relax, so we took what they had and tried to cool down. Closer to sunset we went for a little hike up the mountain and took some pictures. We didn’t sleep so well due to the heat, but what can you do? 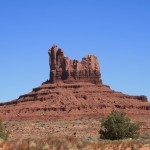 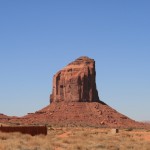 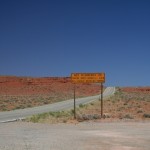 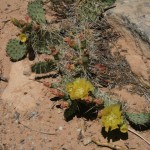 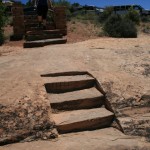 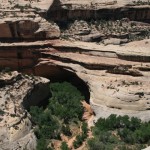 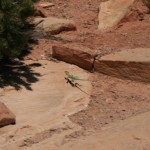 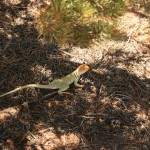 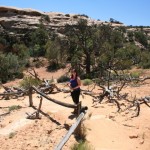 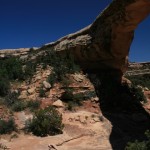 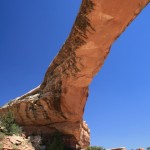 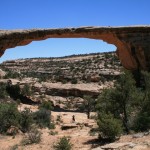 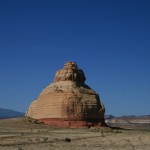 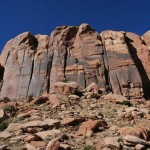 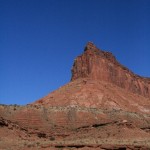 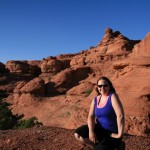 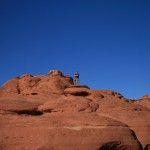 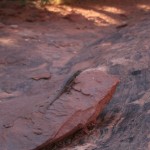