When we woke up to a decent morning at Nehalem Bay we thought that we better go and see what gifts the ocean had left us at low tide. We walked out bear foot onto the ocean floor to discover amazing starfish, sand dollars, Dungeness Crab (shells) and other crustations. Unfourtnatley the gulls were awake much earlier than us so they had already taken most of the good stuff! 🙁 All the interesting tide pools took us further and further down the beach. Before we knew it, we had been walking for 2 hours! It is so quiet and peaceful at the ocean in the morning. Only us, the waves, and a few ambitious runners and dog walkers.

After beach combing we were heading south on the 101 to Newport. There are lots of small towns along the way, so even though the distance was not far, it took us most of the day to reach our destination. We camped at the South Beach State Park, again on the ocean, but not beach front property. We didn’t have much time to spare, so we dropped the trailer and we were off to the aquarium.

The Oregon Aquarium was much like every other aquarium we’ve been to. The usual sleeping seal lion, lots of fish, and the always cool jellyfish exhibit. The “main attraction” octopus was hiding, but I did see an eye, or a foot? I don’t know. The thing that was worth checking out was the glass tunnel through the tank of sharks and string rays (my personal favorite is the ray). As you walk through the tank, the sharks and rays glide over and under you. What a cool sensation to have a big shark come towards you and then fly up over your head!

After that we searched for a seafood restaurant. One would think that would be easy in Newport, but it took some doing. We ended up at the Saffron Salmon Restaurant on the historic Newport Pier. A really cool restaurant tucked away behind a gallery, but worth the search. We ordered the Chinook salmon fresh off the boat, as we enjoyed a great view of the Newport bridge and harbor.

Back to our campsite, but not before picking up some salt water taffy, because that is what you do when you are at the pier! Everyone sells salt water taffy, and after about the 10th sign, you get to thinking, “I could use some of that”! After supper we stopped at one of the historic lighthouses, I guess a thing of the past, now with sonar, radar, and GPS, but very important in its day.

Back inland we must go. The ocean was amazing, but we must press on if we are ever going to get back to Saskatchewan in time. 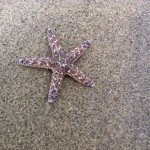 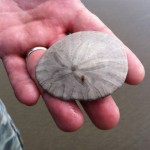 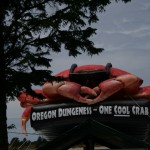 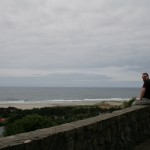 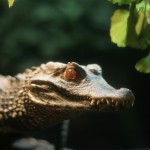 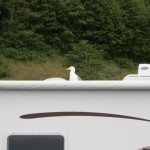 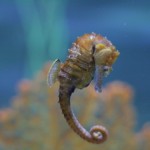 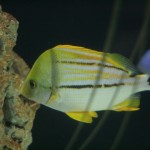 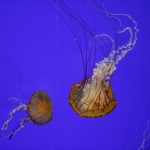 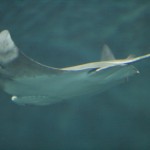 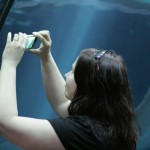 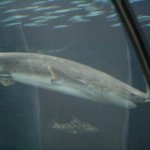 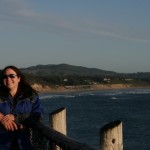 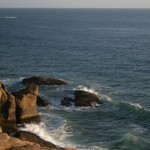 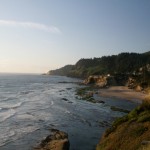 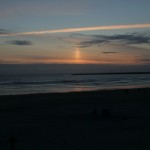 Posted under Adventures and tagged with Highway 101, Newport, Oregon Aquarium
Comments Off on Down the 101