Jason leaves a small piece of himself at Sandy Lake

Not the metaphorical piece you might be thinking of, the left side of his thumb! No sooner do we get set up, then Jason is off building a fire. Soon after that he is standing at the door of the trailer and says “don’t be alarmed, but I need the first aid kit”

Here’s the thing, we got a new Gerber hatchet/axe and it has a stainless steel head that was very sharp when delivered. We have since used it for 200+ axing operations, so you would think that that it’s pristine razor sharp edge would be gone – but it is still a sharp as ever.

So anyway, whilst making some kindling he lost the side of the thumb by moving is thumb past the hatchet head. The hatchet was completely stationary. After the red sauce was all mopped up it was not so bad, he effectively shaved the skin off from the knuckle to the end of the nail.

Keen readers will note that we have not mentioned Sandy Lake before. If fact we were supposed to be a Trappers this weekend, but when we pulled in, the gate was closed. So we retreated south to Sandy Lake we’re we normally can’t get into because it is full. So it was nice to have the whole place to ourselves and explorer a little bit.

The lake was still frozen over and the forecast was for rain all weekend. It might seem gloomy to some, but we had a great time staying warm and making good food on or near the fire. We also tried to put some of Kara’s photography class to work, we went for a walk and tried to find something photo-worthy. The evening lead to some outdoor cooking and some HDR photography while trying to stay warm.

Sunday morning was another story, after a French Toast and Turkey Bacon breakfast we went out and enjoyed the warm sunlight and took a bunch more photos. It seemed that all the squirrels in the whole park came to our camping spot to play a game of leap-frog-wrestling-race. Tis’ the season I guess.

Tonight we meet Kara’s folks for Mothers Day supper on our way home. Happy Mothers day to all the mothers out there, maybe even Joanne is a Mom by now. We will not know until we have cellular-data coverage again tonight.

Oh yeah! Kara found the dog she always wanted, a Boston Terrier. It was just walking around in the park… on the end of a leash, attached to a human. We couldn’t keep it, but now she is pretty sure that is the dog for her. One day… 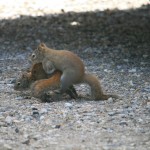 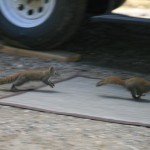 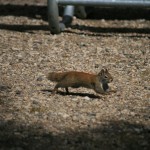 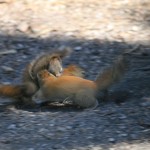 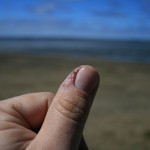 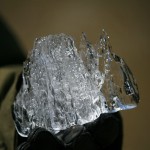 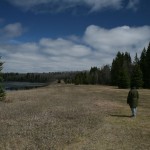 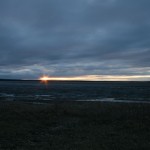 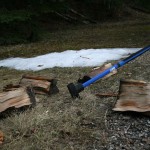 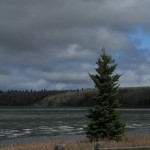 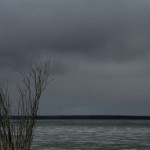 Posted under Adventures and tagged with Camping
Comments (1)